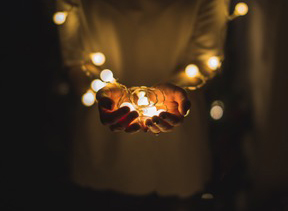 Next month marks the tenth year since a conversation at the 2009 Parliament of the World’s Religions in Melbourne sparked the founding of Women of Spirit and Faith. We saw, heard and experienced the voice of the feminine rising in new ways. We found ourselves called to create a space where the spiritual and faith-informed voices of diverse women could be heard and where the power of women’s spiritual leadership could be explored, nurtured and celebrated. We trusted in that impulse and have been guided in ways we could never have imagined.

Our name is a reflection of the desire to gather women of faith affiliated with a particular religious tradition and women of spirit who live their spirituality in the spaces between organized religion, often blending traditions. We sensed that together we could learn and grow in our spiritual leadership.

Even then we knew that the meaning of the word faith had been narrowed and given sharp edges, almost being used as a wedge to divide us – one had to have the right kind of faith. We see faith as being both traditional and progressive. We see faith as an inclusive resource, available to everyone and essential for the tasks ahead.

Over the years we have had various types of pushback against our use of faith in our name. It has come up again recently so we want to acknowledge that and explore it again. Women love the word ‘spirit’ – but find themselves drawing back from this word ‘faith.’ For some of them ‘faith’ reminds them of difficult experiences they had in their personal lives with a traditional religion. Some find the dogma and misogyny of their religion to be repressive; they feel marginalized as women in those patriarchal institutions. So they walked away from their religion and often also walked away from faith.

Along the way, many women have lost faith in faith.
We’ve had some deep and meaningful conversations about this at WSF. We understand this tension around the word ‘faith’ and some of us have felt it in our own lives for a long time.

All of us are aware that we are in the midst of a seismic shift in the realm of faith and spirituality.

As a nation, many are leaving organized religion and moving into the realm of ‘unaffiliated’ spirituality. Statistically they were called ’Nones’ – because they did not identify with a single religion, thus ‘none of the above’. We are now coming to understand that the new wave of spirituality might more accurately be described as ‘Alls’ because they are practicing teachings of love and compassion shared among all the world’s religions.

Another shift is that many women are turning away from the rigid authoritarian religions grounded in patriarchy and seeking instead the compassionate embrace of the Divine Feminine. Many churches have begun to use inclusive language and feminine pronouns in their liturgy and feminine icons in their sanctuaries. Women are fighting for the right to be ordained and to serve in positions of spiritual leadership, often bringing new ways of doing things with more collaboration, circle practices and an inclusive leadership style.

We found this wonderful message about the true meaning of the word FAITH from Kathryn Knoll, SNJM, author of HeartSong’s Revolution Meditations for Changing Our World, One Heart at a Time.

Faith invites you to believe in the unseen and the unknowable. There is a vastness to your world that is a mystery. Many things seem to unfold in a flawless way; in a rightness that has such order and elegance. When you are faced with times of uncertainty; when you cannot access the answers you want, faith will hold your place in safety until the new answers and new reality unfold. Faith is your ability to know you are safe even in the unknown. Faith is the realization that you are upheld in reverence and love by unseen forces. Let the mystery of your day unfold. All is well, now.

Don’t give up on faith! Embrace it and make it your own.
You need it – especially in the challenging days ahead.

Photo by Josh Boot on Unsplash