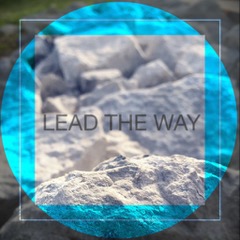 In three months, women will gather for the third Women’s March. On January 19, the main march will be held once again in Washington D.C. while cities around the country and the world will join the energy with marches of their own. In the first march on January 21, 2017 at least 3 million women worldwide took part, with some estimates as high as 5 million.

So much has happened in the past two years, and for many women it feels like the attacks on the feminine just keep coming.  This seems a really important moment to pause and reflect. What is the message that women most need to send to the world? What wisdom do women have to offer in these chaotic times?

The past weeks have been ripe with challenges for women … and have stirred up some of most potent conversations we have experienced in more than a decade of working with women at the growing edges of spirituality and feminine leadership. So many women are digging deep, some dropping down into silence so they can hear the soothing wisdom of the Divine while others are clustering together in safe and sacred spaces to tell their stories and listen attentively to their sisters. There is a shared knowing that this is time to descend into the root system ever watchful for underlying patterns and interconnections.

As we listen carefully to the women in our networks and communities, we are hearing diverse voices all pointing us toward the same new horizon: This is our opportunity to shift the focus of the world from the trauma of women’s personal and collective histories to the generative power of our resilience and strength. It is time to move beyond reactivity to stand up for and inspire a new vision for the world.

One of the most articulate voices building the case for this shift in perspective is our wise friend Valarie Kaur.  Valarie, a brilliant young leader, is seven months pregnant with her second child as she writes, “This election season, it is time to shift the frame of our movements from resistance to rebirth. Resistance points us to what we are fighting against, rebirth to what we are fighting for. Resistance narrows our focus to removing bad actors from power, rebirth expands our focus to remaking those institutions of power. Resistance marshals the energies of revenge, rebirth the energies of love.” [https://mailchi.mp/revolutionarylove/my-letter-to-you-after-the-kavanaugh-hearings?e=121e56ded6]

Another wise women in our network, Suzanne Grenager, shared a similar message recently on our Facebook page: “Fighting fire with fire is not the way to the inclusive, compassionate world we long for.”

So to the organizers of the 2019 Women’s March – and to all women everywhere:  Many millions of people in this country and around the world are hungry for something to believe in, for a new kind of leadership. How can women begin to speak to the hearts of those people? Can you imagine the transformative impact of a Women’s March that modeled something radical and new for the whole world to see – and feel?

This is the time to think outside the box. Imagine the healing energy of a million women standing in silence for 5 minutes in the center of the constant baffling noise that defines our nation’s capital?  Imagine the juicy potential of a million women tuning in to the heartbeat of the earth by stomping their feet in response to the rhythm of the drum and moving their bodies in a joyous celebration of rebirth? Imagine the healing energy of handmade signs that celebrate our gifts, reclaim our values, offering vision and inspiration that embodies the promise of our partnership as we give birth to a new way of leadership. Imagine allowing the deep wisdom of the Divine Feminine to guide every aspect of this march from the planning to the execution, from the words to the actions, from the invitation to the clean up.